All World Appliance Repair is a leading Miami Beach, FL refrigerator repair service. For more than 20 years, our locally owned and family-operated company has been providing the residents of Miami-Dade County with reliable, efficient, and affordable home appliance repair services. We are committed to not only meeting the needs but we are dedicated to exceeding the expectations of the clients we serve. We always strive to deliver 100% customer satisfaction, which is why we always go the extra mile to deliver outstanding results. Our entire team – from the technicians to the parts pros – receives extensive training to ensure that we are always current with the latest trends in the ever-evolving appliance industry. All of the parts that we use are backed by a full factory warranty and all of the work that we do is guaranteed. For Miami Beach, FL refrigerator repair services that you can rely on, look no further than All World Appliance Repair.

Is It Cheaper to Repair or Replace a Refrigerator?

Of all the appliances in your Miami-Dade County home, the fridge is arguably the most important. You depend on it to keep the food that feeds your family properly chilled and safe to eat. Unfortunately, however, like any other appliance, a fridge can experience issues. Regular use and age can lead to wear and tear, which can impact a refrigerator’s efficiency.

Whether it’s leaking, it’s making strange noises, or it isn’t keeping your food cool, ignoring the problem isn’t an option; however, you’re probably wondering whether you should contact a Miami Beach, FL refrigerator repair technician or if you should replace the appliance. Determining which option is cheaper can help you decide which will best suit your needs.

So, which is cheaper: repairing or replacing your Miami-Dade County fridge? Let’s take a look. 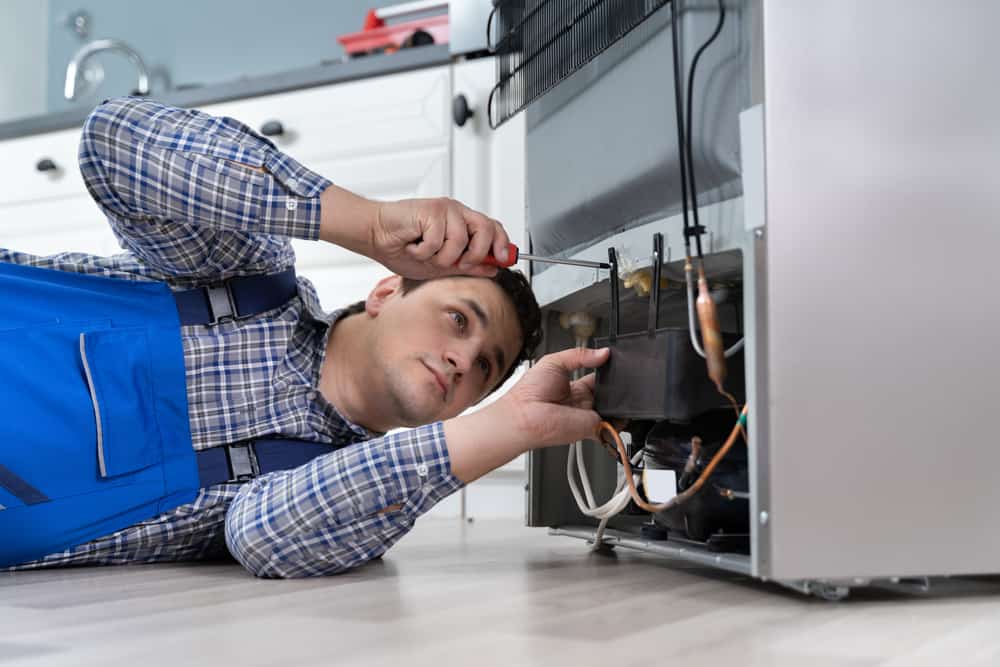 As the leading Miami Beach, FL refrigerator repair company, it goes without saying that we’re big proponents of repairing this vital component of your Miami-Dade County home. With that said, however, we are aware that there does come a time when a repair just won’t cut it, and replacing the appliance is a much better option than repairing it. For example, if the damage is so extensive or your refrigerator is approaching or has exceeded its life expectancy (the average fridge lasts between 10 and 15 years, though if properly maintained, it can last as long as 20 years), replacing it may be a better choice.

If replacing your fridge is the best bet, there’s no doubt you’re wondering how much you can expect to spend. Again, there are several factors that will impact the cost of a new refrigerator; the model, the manufacturer, and the size of the appliance, for example, are all elements that will directly affect the price. These factors aside, the average cost of a new fridge can run anywhere from $500 for a basic model, while the price tag for a top-of-the-line, state-of-the-art refrigerator can be as high as $3,000 or more.

If your fridge is on the fritz and you aren’t sure whether you should repair or replace it, get in touch with the most trusted Miami Beach, FL refrigerator repair specialist: All World Appliance Repair. Our technicians will conduct a thorough assessment of the appliance and will provide you with an accurate price quote for repairs. We’ll also let you know which option is more cost-effective: repairing or replacing your fridge. For more information or to request a free, in-home consultation and price quote, call 888-411-2009 today!