All World Appliance Repair is a leading Coral Gables, FL refrigerator repair service. For more than 20 years, our locally owned and family-operated company has been providing the residents of Miami-Dade County with reliable, efficient, and affordable home appliance repair services. We are committed to not only meeting the needs but we are dedicated to exceeding the expectations of the clients we serve. We always strive to deliver 100% customer satisfaction, which is why we always go the extra mile to deliver outstanding results. Our entire team – from the technicians to the parts pros – receives extensive training to ensure that we are always current with the latest trends in the ever-evolving appliance industry. All of the parts that we use are backed by a full factory warranty and all of the work that we do is guaranteed. For Coral Gables, FL refrigerator repair services that you can rely on, look no further than All World Appliance Repair.

Age is another factor that can contribute to fridge issues; the older the appliance gets, the more likely it is to break down. When you start having issues with this all-important appliance, scheduling an appointment with a Coral Gables, FL refrigerator repair specialist is a must.

Does your food keep going bad before the expiration date? If so, check to make sure that it’s set to the proper temperature; the ideal temperature for a refrigerator is 37 degrees. If that isn’t the cause of the spoiled food, contact a licensed Coral Gables, FL refrigerator repair technician.

It isn’t unusual for a refrigerator to make some noise; however, typically, the sound is minimal and fades into the background. If you hear anything unusual – whirring, clanking, thumping, or buzzing, for example – that’s definitely a cause for concern and warrants a call to a Coral Gables, FL refrigerator repair technician. 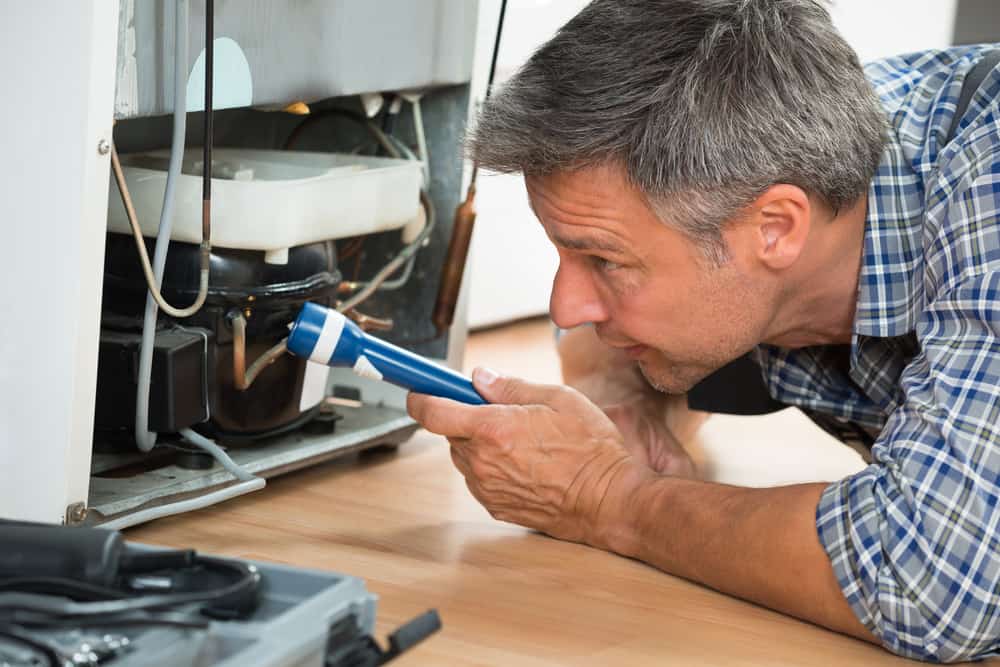 If puddles of water keep pooling in front of your fridge, get in touch with a Miami-Dade County home appliance repair company. Leaks can be a sign of a number of issues; for example, the door seal may be warped or there could be a clog in the defrost drain. An experienced Coral Gables, FL refrigerator repair professional will determine the cause of the problem and will make the repairs that are needed to correct the issue.

If you’re experiencing one of the above-mentioned issues or you’re having any other problem with your fridge, contact All World Appliance Repair. Our licensed and experienced Coral Gables, FL refrigerator repair technicians will properly diagnose the problem and will have the appliance back up and running in no time. For more details or to request a free price quote, contact us at 888-411-2009.