When you’re oven is on the fritz, you’re going to want to call in a reputable professional to fix it, and in Miami-Dade County, that’s All World Appliance Repair! As a leading Palmetto Bay, FL oven repair service, our team of expert technicians has the knowledge and experience that you can rely on to fully restore the function of your oven. Whether your oven keeps burning your food, it’s taking forever to preheat, it’s emitting odd odors, or the burners aren’t igniting; no matter what type of issue you’re having, you can count on the professionally trained, fully licensed and insured appliance repair experts at All World Appliance Repair to get it back up and running in no time.

From baking confections to preparing home-cooked meals, and even just heating up frozen pizzas, like most Miami-Dade County homeowners, you probably rely on your oven on a regular basis. Like any other appliance, however, ovens can malfunction; even high-end brands that are equipped with the latest technologies can develop problems. When issues arise, your cooking and baking abilities are interrupted, which can be extremely frustrating, to say the least. Fortunately, with the help of a licensed and experienced Palmetto Bay, FL oven repair specialist, you can get back to preparing all of your yummy sweets, treats, and eats.

The following are some of the most common issues that Miami-Dade County homeowners experience that prompt them to call in a Palmetto Bay, FL oven repair professional.

If your oven isn’t turning on, call a Miami-Dade County appliance repair specialist. A reputable Palmetto Bay, FL oven repair technician will determine the cause of the problem and will make the repairs that are necessary to remedy the problem.

An oven’s primary function is to cook food, and it generates heat to do so. If your Miami-Dade County oven turns on but it won’t heat up, that’s a problem, as it won’t thoroughly cook your food. For gas ovens, a faulty igniter could be to blame, and with an electric oven, damaged heating elements are likely the culprit. A licensed and experienced Palmetto Bay, FL oven repair professional will thoroughly examine the appliance to pinpoint the issue and will use the highest quality parts to fix it. 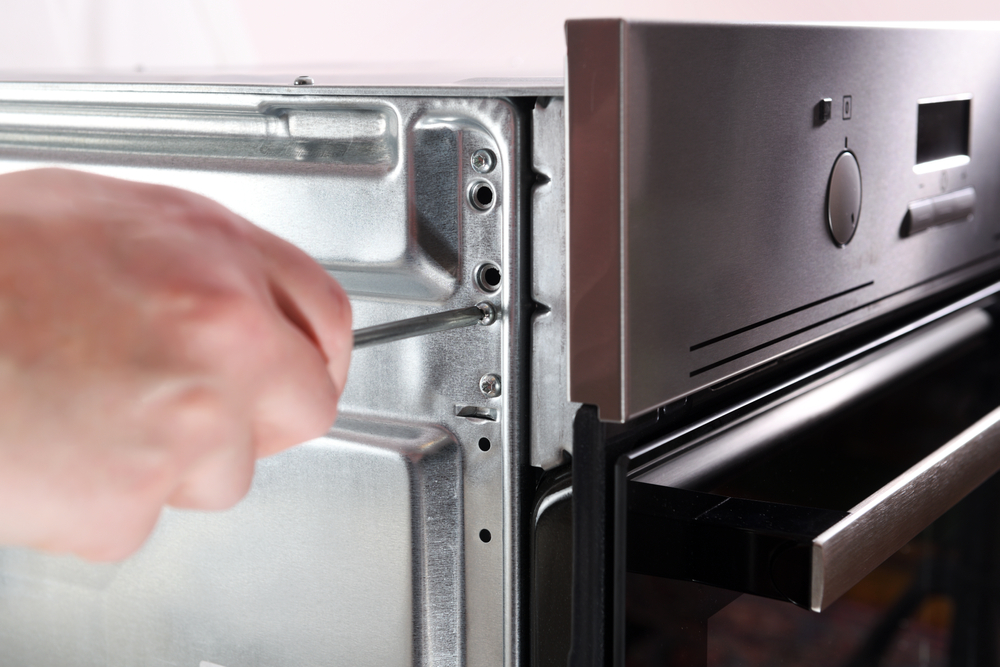 If you’re experiencing this problem, a Palmetto Bay, FL oven repair professional can help. An experienced Miami-Dade County appliance repair expert will conduct a comprehensive analysis of your oven to determine the underlying cause and will make the necessary repairs.

The door is a vital component of an oven. It seals the appliance shut to trap the heat inside, so the door has a direct impact on the function of your oven. The door also safeguards you and anyone else who enters your Miami-Dade County kitchen while the appliance is on, as it prevents contact with the heat it’s generating. An oven door that won’t close is a pretty common repair issue, and fortunately, it’s a pretty easy fix. If it feels like the door is loose, it won’t close completely, or it falls open after you’ve closed it, call a Palmetto Bay, FL oven repair professional.

Your Miami-Dade County kitchen needs a working oven. If you’re having one of the above-mentioned issues or any other problem with your gas or electric oven, get in touch with All World Appliance Repair. Our licensed, experienced Palmetto Bay, FL oven repair technicians will have the appliance back up and running in no time. For more info or to request a free price quote, call 888-411-2009 today!

Some information about Palmetto Bay, FL

Palmetto Bay is a suburban incorporated village in Miami-Dade County, Florida, United States. The population was 23,410 during the 2010 US census.