Telltale Signs You Need to Schedule an Appointment with a Coral Gables, FL Oven Repair Service

Are you looking for reliable Coral Gables, FL oven repair services? If so, you’ve come to the right place! As the leading appliance repair experts in Miami-Dade County, All World Appliance Repair offers dependable oven repair services and will get the job done quickly for an affordable price. From Samsung oven repair to LG microwave repair, our team of highly skilled and experienced technicians can fix all types of ovens from the leading manufacturers. No matter what brand or kind of oven you have, or the type of issue you’re experiencing, you can count on our team of fully licensed and insured technicians to accurately detect the problem and completely repair it. When your oven is on the fritz, when All World Appliance Repair is on the job, you’ll feel confident knowing that it will be back up and running in no time.

An oven is a staple appliance in every kitchen. Whether you bake and prepare home-cooked meals on a daily basis or you only use it to heat up prepared dishes, there’s no doubt that the oven is one of the most used appliances in your Miami-Dade County kitchen. Like any other appliance, however, your oven can malfunction, and when it does, you’re going to want to schedule an appointment with a Coral Gables, FL oven repair professional to address the problem.

Are your cakes, pies, and casseroles burnt whenever you take them out of the oven, even though you’re using the same temperature setting you always have and you’re positive you aren’t leaving the food to bake too long? If so, that’s a clear sign that something is wrong with the appliance and you should schedule an appointment with a Coral Gables, FL oven repair professional. There are several issues that could be contributing to the problem; for instance, there could be a problem with the thermometer or sensor. Not only do these problems cause overcooked or burnt food, but they can also turn the oven into a fire hazard. An experienced Miami-Dade County oven repair technician will perform an assessment of the appliance to detect the cause of the problem and will make the necessary repairs to correct it.

If the dishes you prepare in your oven aren’t heated all the way through or are still raw and an issue with the temperature setting and/or the amount of time isn’t the cause, something is wrong with the appliance. A number of problems could be to blame; an issue with the thermostat, a damaged bake or broil element, or a failed ignitor are just some of the common problems that can prevent an oven from thoroughly cooking food. After performing an assessment of the appliance, an experienced Coral Gables, FL oven repair professional will be able to identify and fix the issue. 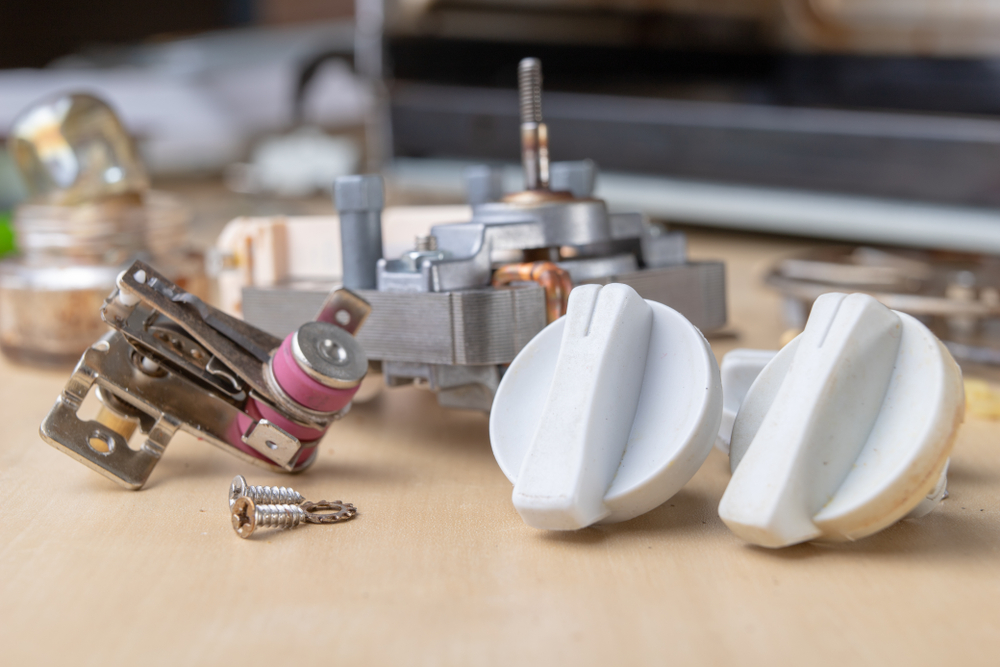 Are the burners on your oven’s stove-top malfunctioning? The burners may not be heating evenly, they might be putting out too much heat, or maybe they aren’t heating up at all. No matter the issue, you’re definitely going to want to contact a Coral Gables, FL oven repair professional that also specializes in stove repairs. A variety of issues could be preventing the burners from functioning properly, and an appliance repair expert can locate the source of the problem and correct it.

Whether you’re experiencing one of the issues described above or you’re having any other problem with your oven, contact All World Appliance Repair. As a full-service Coral Gables, FL oven repair company, our professionally trained technicians have the knowledge and experience that you can depend on to restore your appliance. To request more information and a free price quote, or to schedule an appointment, call 888-411-2009 and we’ll be more than happy to assist you.