For more than 20 years, the residents of Miami-Dade County have been relying on All World Appliance Repair for their microwave repair needs. We’re a family-owned and locally operated Kendale Lakes, FL microwave repair company that’s committed to providing the clients we serve with outstanding results. Our professionally trained technicians can accurately detect all types of issues on all kinds of microwaves and use only factory-certified parts to make the necessary repairs. All work is backed by a full factory warranty, too. When you need a microwave oven repair service, get in touch with a company that will not only meet your needs, but that will exceed your expectations: All World Appliance Repair. 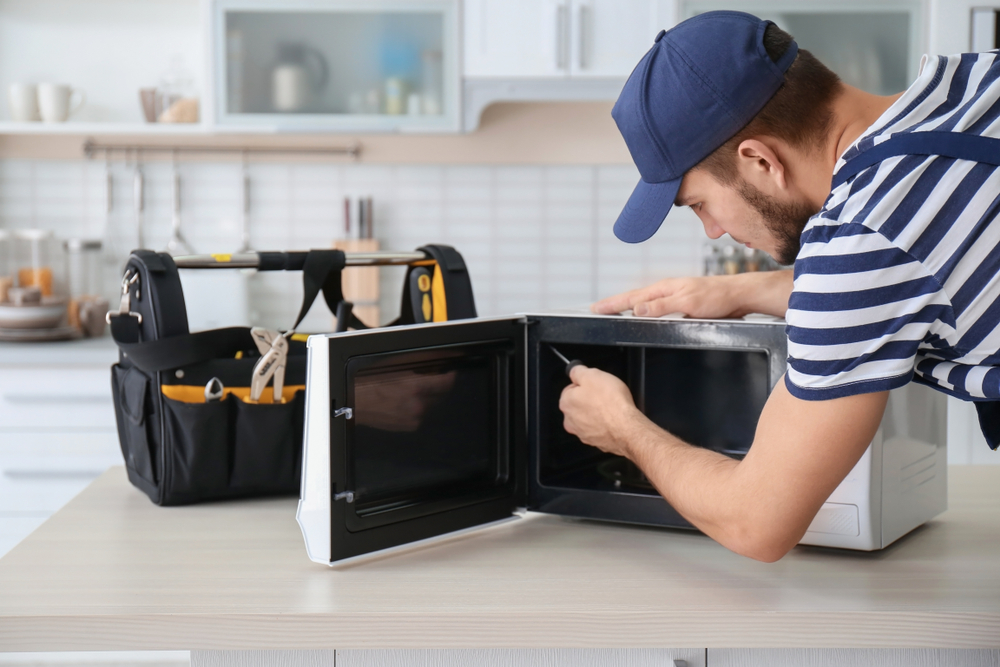 Obviously, in order to work, a microwave has to turn on. If your appliance won’t turn on, there are a number of problems that could be to blame. First, check to make sure that it’s plugged in. If it is, check the circuit breaker to see if the one that delivers power to your Miami-Dade County has tripped; if so, flip it back on to see if that remedies the problem. If electricity isn’t the issue, the door switch could be the culprit. This switch lets the appliance know that the door has been closed before it turns on. If the switch has malfunctioned, the microwave won’t turn on. A broken ceramic or thermal fuse will also prevent a microwave from operating. An experienced Kendale Lakes, FL microwave repair professional will perform a comprehensive assessment of the appliance and will make the repairs that are necessary to repair its function.

A microwave is specifically designed to rapidly heat food and drink, so if it runs but it won’t heat, it’s pretty much useless; however, it can be repaired. If the leftovers, frozen treats, hot tea, or whatever it is that you’re trying to cook in your microwave comes out the same temperature it was when you turned the device on, there are several issues that could be causing the problem; however, a malfunctioning magnetron or voltage diode is usually to blame. A reputable Kendale Lakes, FL microwave repair professional will pinpoint the cause of the issue and will correct the problem, restoring the function of the appliance.

A turntable is a vital part of a microwave, as it ensures that the radiation the appliance generates is evenly applied to whatever you’re preparing, thus evenly heating your food and drink. If the turntable isn’t spinning, some of the most common factors that could be contributing to this issue include a damaged guide roller, drive motor, or coupler. Again, a knowledgeable Kendale Lakes, FL microwave repair professional will determine the issue that’s preventing the turntable from spinning and will complete the necessary repairs.

It’s normal for a microwave to make some noise when it’s running; while some models may be quieter than others, none are completely silent. That said, however, if your microwave is making more noise than usual, that’s a sure sign that something is wrong. A faulty roller guide, drive motor, cooling fan, or voltage diode are just some of the issues that could be contributing to the unusual noise the appliance is making. A licensed and experienced Kendale Lakes, FL microwave repair technician will perform a thorough evaluation of the machine to find the cause of the strange noise, and will address the problem.

A microwave is a vital tool in your Miami-Dade County kitchen. If you’re experiencing one of the issues described above or any other problem with the appliance, get in touch with All World Appliance Repair. As the leading Kendale Lakes, FL microwave repair company, our technicians will have the appliance back up and running in no time. For more information, to request a free price quote, or to schedule an appointment, call 888-411-2009 today!