Questions to Ask Before You Hire a Microwave Repair Technician in Cutler, FL

When the residents of Miami-Dade County are having issues with their microwaves, All World Appliance Repair is the first company they call. For more than 20 years, the Cutler, FL microwave repair technicians at our family-owned and locally-operated company have been committed to simplifying the lives of our clients by offering fast, efficient, long-lasting, and reliable microwave repair services.

Whatever issue you’re having with your microwave, our experts will detect the cause of the problem, and using factory-certified parts and the most advanced techniques and strategies, will correct it. We charge fair and affordable prices, and all work is backed by a full warranty. When your microwave is on the fritz, the Cutler, FL microwave repair experts at All World Appliance Repair will have it back up and running in no time.

Questions to Ask Before You Hire a Cutler, FL Microwave Repair Technician

Whether it won’t turn on, the turntable has stopped spinning, it isn’t heating up your food and beverages, or it’s making unusual noises; whatever the case may be, discovering that your microwave isn’t working properly is frustrating. What’s even more frustrating, however, is trying to find a reputable Cutler, FL microwave repair technician. While you’ll have no trouble finding an appliance repair service that services the Miami-Dade County area, you shouldn’t hire the first company you find. You want to be sure that you choose a company that you can count on to offer fast and affordable, yet efficient and long-lasting results. The best way to do that is by reaching out to a few different candidates and asking some key questions.

To help guide you in the right direction, here’s a look at some key questions to ask when you’re interviewing Cutler, FL microwave repair professionals. The answers to these questions will help you determine which technician will best meet your needs.

To avoid being hoodwinked, make sure to ask each of the microwave oven repair services that you’re thinking about hiring if they’re licensed. A license confirms that they have completed the training that’s necessary to repair appliances and that they offer reliable results. Don’t just take their word for it, however; be sure to ask if you can see a copy of their license. A credible Cutler, FL microwave repair technician will be more than happy to share this information with you.

A reputable microwave repair service will also be fully insured. In the event that something goes wrong – they damage your microwave or your Miami-Dade County property, or they sustain an injury while they’re working in your home, for example – their insurance policy will cover the related costs. If you hire a contractor that isn’t insured and something goes wrong, you’ll likely end up having to foot the bill. When you’re interviewing Cutler, FL microwave repair technicians, don’t just ask if they’re insured; ask to see proof of their policies and check to make sure that they’re valid.

Another important question to ask when you’re interviewing prospective microwave repair service contractors is if they have references. A reputable, well-established Cutler, FL microwave repair technician will gladly share a list of references; in fact, they may even provide references without being prompted. Be sure to take the time to reach out to at least a few of their clients to inquire about the services and results they received, and to ask if they would recommend hiring the technician. If any of the microwave repair contractors that you speak with won’t provide references or they do but you can’t get in touch with anyone, consider that a red flag and cross them off your list. 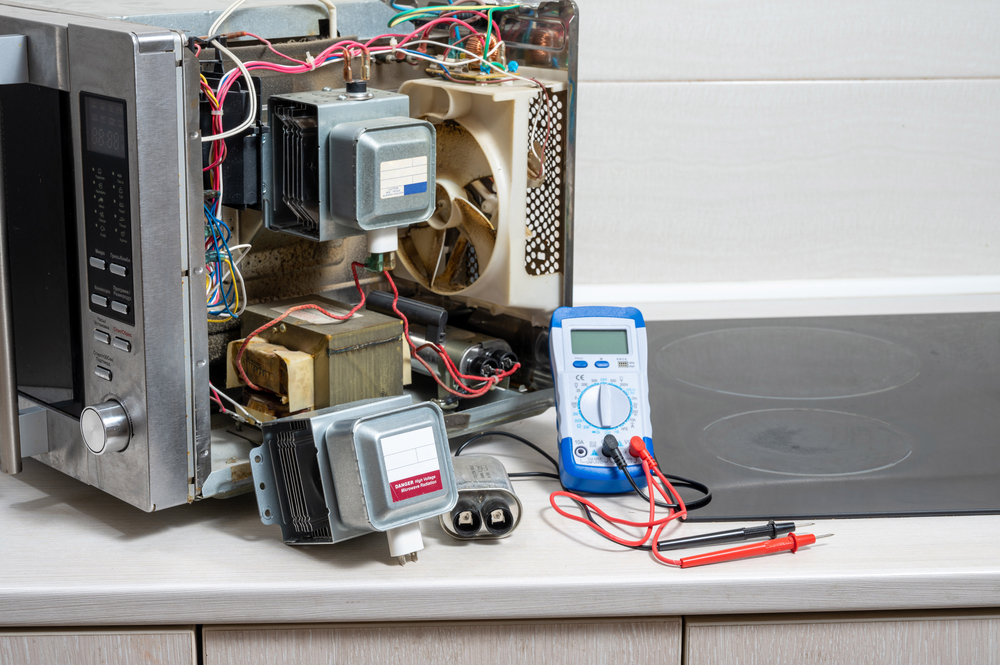 Originally called the Hunting Ground due to its long use for that purpose by Native American tribes, the area was part of the 36-square-mile survey township granted to Henry Perrine by the United States Congress in 1838. In 1864, John and Mary Addison arrived at the Hunting Ground from Manatee County and built a home. By the 1870s, the area was being called Addison’s Landing. In the early 1880s, Dr. William C. Cutler visited the area and subsequently purchased 600 acres. In 1882, Cutler persuaded his friend, William Fuzzard, to settle in the area, and in 1883, Fuzzard built a wooden two-story home. In 1884, Fuzzard, along with several other settlers, cut a path from his homestead to Coconut Grove, which eventually became Old Cutler Road. By the end of the year, the population had reached 75, and a post-office with the name “Cutler” was established near a wharf built at the northeastern part of the settlement.