All World Appliance Repair is the leading Coconut Grove, FL appliance repair specialist. Our locally owned and operated, fully licensed and insured company has more than 20 years of combined experience and is committed to providing the highest quality, most reliable home appliance repair services. All of our technicians, parts pros, and staff are professionally trained to ensure that they always remain on top of the ever-evolving appliance industry, and are committed to delivering 100% satisfaction. In fact, unless you’re satisfied, we aren’t satisfied, which is why our entire team always goes the extra mile to meet the needs and exceed the expectations of the clients that we serve. We repair all types of appliances from the leading manufacturers. All work is fully guaranteed and all of the parts we use are backed by a full factory warranty. If you’re in need of home appliance repair services in Miami-Dade County, when you choose All World Appliance Repair, you can feel confident knowing that you’ll receive outstanding results. 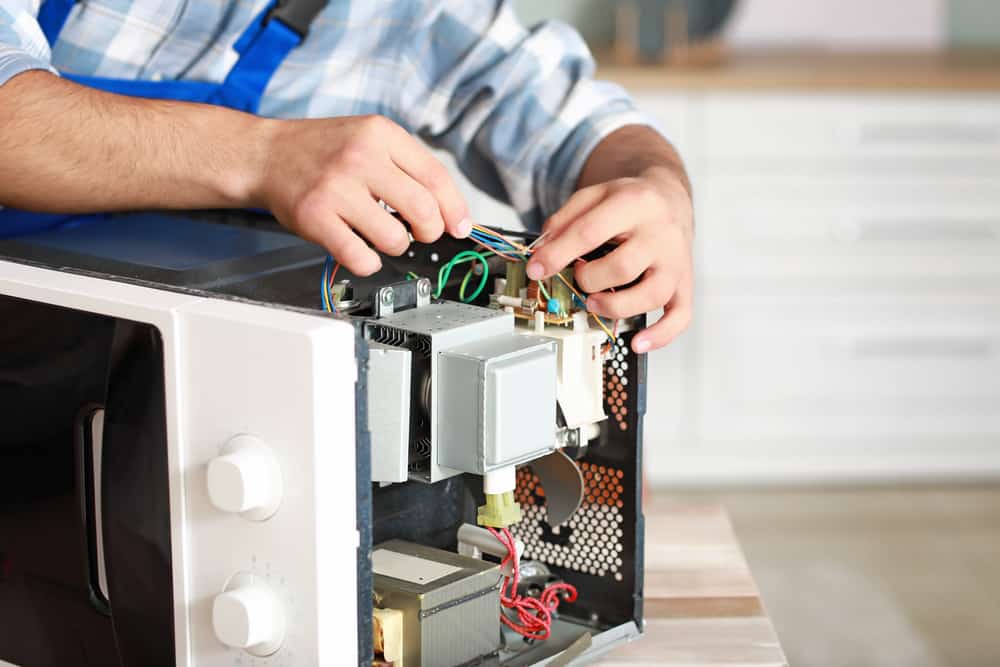 Should I Get My Appliance Repaired or Replaced in Coconut Grove, FL?

By considering some key factors, you’ll be able to determine whether you should schedule an appointment with a Coconut Grove, FL appliance repair specialist or if you should start shopping for a new one.

First and foremost, you want to make sure the appliance in question is really malfunctioning or that something else is causing the issue. While this might seem pretty obvious, it’s surprising how many Miami-Dade County residents replace their appliances without confirming if they’re really past the point of no return. Make sure it’s plugged in, check the circuit breaker to make sure that it hasn’t tripped, if the appliance has filters (a dryer, for example) check to make sure that they aren’t clogged, and if it has a temperature setting (your fridge or freezer), make sure that it’s properly set. If it’s a simple fix, you can make the repair yourself or contact a Coconut Grove, FL appliance repair professional.

Appliances aren’t meant to last forever. If you’ve had the machine in question for a long time and it’s nearing the end or has exceeded its life expectancy, replacing it is probably a better idea than repairing it. However, if it’s still relatively new, contact a Coconut Grove, FL appliance repair specialist. A home appliance repair expert may be able to replace the damaged components so that you can get a few more years out of the machine.

Generally speaking, you should contact a Coconut Grove, FL appliance repair company if replacing it would cost more than fixing it. For instance, if your refrigerator needs a $75 repair, spending hundreds or even thousands of dollars on a new one doesn’t make sense. If, however, a Miami-Dade County home appliance repair company tells you it will cost $700 or more to repair it, it’s probably time to replace your fridge.

Whether you’re sure that repairing a damaged appliance is a better option than replacing it or you aren’t 100% certain, contact Miami-Dade County’s trusted appliance repair service. After performing a thorough assessment of the machine in question, our Coconut Grove, FL appliance repair specialists will provide you with a free price quote and can help you decide which makes more sense: repairing or replacing it. For more information or to request a free consultation, dial 888-411-2009 today!

Coconut Grove, also known colloquially as The Grove, is the oldest continuously inhabited neighborhood of Miami in Miami-Dade County, Florida, United States. The neighborhood is roughly bound by North Prospect Drive to the south, LeJeune Road to the west, South Dixie Highway and Rickenbacker Causeway to the north, and Biscayne Bay to the east. It is south of the neighborhoods of Brickell and The Roads and east of Coral Gables. The neighborhood’s name has been sometimes spelled ‘Cocoanut Grove’ but the definitive spelling ‘Coconut Grove’ was established when the city was incorporated in 1919.

Several waves of immigration established Coconut Grove, the first in 1825, when the Cape Florida lighthouse went into operation and was manned by John Dubose. Dr. Horace P. Porter is credited for coming up with the name when in 1873 he rented a home from Edmond D. Beasley’s widow, who homesteaded 160 acres of bay front property. He lived there for only a year but during that time he established a post office which he named Coconut Grove. Around the same time the area saw an influx of Americans from the Northeastern US, as well as British and white Bahamian immigrants. The first hotel on the South Florida mainland was located in Coconut Grove. Called the Bay View Inn (later known as the Peacock Inn), it was built in 1882, on the site of present-day Peacock Park, by English immigrants Isabella and Charles Peacock, who had been the owner of a wholesale meat business in London. Coconut Grove’s first black settlement, in the 1880s, was established by Bahamian laborers who worked at the Peacock Inn. The Barnacle Historic State Park is the oldest house in Miami-Dade County still standing in its original location. It was built in 1891 and was home to Ralph Middleton Munroe, also known as ‘The Commodore’ for being the first commodore and founder of the Biscayne Bay Yacht Club, an American yacht designer and early resident of Coconut Grove.